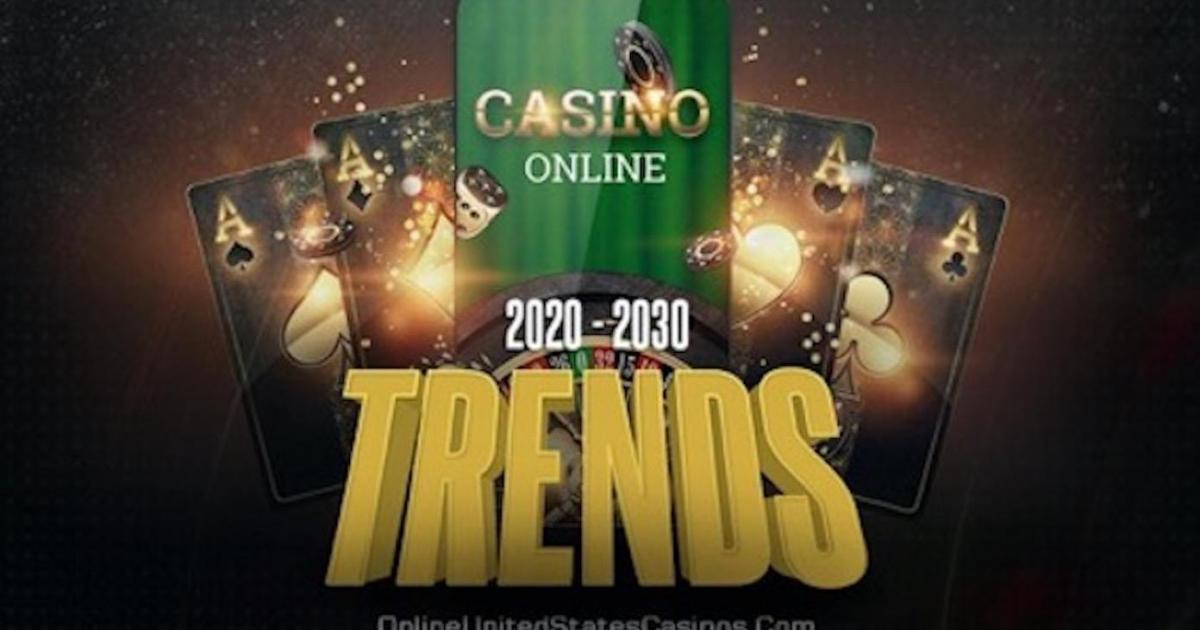 Every year, several research companies publish their assessments on the state of the global gaming market and its future. Although the numbers presented in these reports differ, mobile games and blockchain technology are still listed as the driving forces of this industry. These two elements are a constant, the engine of the growth of the sector. Every era has its engines that turn its wheels of revenue, and we live in an era where digital coins and smartphones are changing the world.

Online casinos first appeared in 1996 when CryptoLogic developed the first financial transaction system suitable for online gambling. The name of the first platform was InterCasino, and it is still active today. During the first decade of its existence, this industry was relatively stagnant when it came to the introduction of new concepts. However, during the last one it featured a lot of transformations. Each year, hundreds of international and leading online casinos in the United States enter its fold, gradually transforming the look of the industry. Here are some of the trends in interactive gaming that online gamers can expect to see over the decade.

In March, Atari, the legendary video game developer, sent out a press release announcing its collaboration with Decentral Games to build a virtual casino. The site for this venue will be in Vegas City, located inside the Ethereum-based metaverse, Decentraland. Atari has a two-year lease on the property and is expected to launch its virtual gaming establishment in May this year.

Decentraland is a digital ecosystem where players can inhabit an avatar body and interact with other assets in this world. According to Atari, their place in Vegas City will be the first community-owned Metaverse crypto casino. With the take off of NFTs, or non-fungible tokens, many expect a virtual real estate boom to happen soon. According to NonFungibl, in February eight lots of the Axie Infinity platform sold for $ 1.5 million, the most expensive virtual land sale ever. Many expect big-name gaming operators to follow Atari’s lead and take the virtual leap.

According to some articles, the first Bitcoin casino appeared in 2013, four years after the creation of this form of digital currency. However, several platforms from 2014 claim that they are the original coin-based game site. Thus, the origin of these casinos remains muddy. However, in recent times there has undoubtedly been a slight increase in crypto-exclusive sites as blockchain technology continues to enter industries around the world.

In March, Visa announced that it was opening its doors to crypto payments, bridging the worlds of digital and traditional fiat currencies. This decision is crucial to the company’s strategy to improve the movement of money through its network and beyond. Of course, this has ramifications related to the online gaming sphere, where credit / debit cards remain the most popular and accessible payment option. Since coin transfers are anonymous and lightning-fast, they keep gaining popularity among gamers. It won’t be for a long time that big brands start promoting their use over established methods.

Incorporating a skill-based aspect into slot machines has been a topic of discussion for over a decade. However, this involves a different set of regulations than for gambling, which has derailed progress in this genre. Nonetheless, in 2016, the ground industry made significant strides in gaining approval to incorporate such machines at sites in Nevada and New Jersey. GameCo, a company behind several of these games, has also recently been successful in bringing similar titles to the online sphere.

In July 2020, GameCO, the self-proclaimed inventor of the video game, received approval from the New Jersey Division of Gaming Enforcement to partner with New Jersey online casinos, bringing skill-based titles to their arsenals. games. GameCo’s physical machines are operating in parts of California, Nevada, Mississippi and Oklahoma, but this is the first time the company has obtained regulatory approval online. Many are hoping this will trigger the skill-based genre, which will inspire a whole new set of players to start visiting online casinos. Currently, Betsoft’s Max Quest series is the closest thing to skill games in the iGaming space. These are RNG based shooting games, where you target enemies en route to prizes.

In 2016, when Facebook released the Oculus Rift headset, everyone thought VR games were going to explode in popularity. However, things did not turn out that way. Microgaming from the Isle of Man quickly jumped on this trend, winning innovation awards for its iteration of VR roulette. Nonetheless, it has not been widely accepted and VR technology in online casinos has been dormant for some time.

Now NetEnt, which operates under the Evolution banner, will launch Gonzo’s Quest VR to the world. A virtual reality version of one of the most popular slot machines of all time. In 2019, Playtech attempted to enter this genre with its title Hot Gems with little success. What’s different this time around is that NetEnt straps its buggy to one of iGaming’s most established heroes, Spanish conquistador Gonzalo Pizzaro. At least, the slot version of it. Of course, we have to take a wait-and-see approach. Although going through the previews, this reel should be exhilarating to play through a headset. It brings a whole new dimension to a familiar world and hopefully will start the VR trend in interactive games.

Fair gaming has been proven to be a staple on cryptocurrency gaming sites. They differ from other RNG-based titles in that they have a game system of proven suitability, through which the operator publishes a method to verify each game transaction. a session or a game, you can use the system’s algorithm to test the game’s response to decisions made in the game. Then, you can analyze the results through the hashes and published seeds that the algorithm uses. In short, these gaming products allow you to verify that the outcome of each round has not been tampered with and is fair, making cheating impossible.

For now, these games are simple. The most popular provable title is the crypto dice. It lets you select a higher or lower amount, and an RNG produces an arbitrary number that decides whether you win or lose. However, in recent times some crypto-gaming platforms have started to incorporate rudimentary slots that use this system, and others are breaking new ground in creative games that you know are 100% trustworthy. So expect to see developers soon merge proven systems with versions offering more complex gameplay.

Smartwatch gaming platforms are nothing new. The first watch games were presented at World Mobile Congress in 2014. Microgaming, the father of online gaming software, was the first vendor to roll out a game compatible with smartwatches. Its first title titled Thunderstruck has gained a decent level of notoriety among slot machine and smartwatch enthusiasts. The Dark Knight Rises followed, and it captivated players even more.

Note that currently, the number of online casinos optimized for smartwatches is low. The screens of these devices are much smaller than those of your regular cell phone. This makes it difficult to fit a lot of content on such a small screen size. Acumen Research and Consulting predicts the global smartwatch market to reach $ 88 billion by 2027, growing 20% ​​annually. Interactive gaming operators are taking note of these numbers and looking for ways to adapt their platforms to watches, adding even more convenience to casino gaming. In the years to come, we have no doubt that this field will innovate to a point where current challenges will be a thing of the past.

These are exciting times for the online casino industry. Blockchain technology appears to be the main wave maker in this industry for years to come. Virtual casinos and digital money are sure to reshape the internet gaming experience sooner than most players realize. Social casinos are also making noise, as app developers seek to transfer the casino feel to social games, where fictional fun chips replace the real ones. However, these apps provide a ton of entertainment and therefore generate a lot of interest. Look for VR slots, new live dealer games, and more complex titles that are proven to be correct. There will likely be a storm of it all soon.

Shelly Schiff has worked in the gaming industry since 2009, primarily on the digital side of things, employed by OnlineUnitedStatesCasinos.com. However, over the course of her 11 year career, she has provided content for many other top interactive gaming websites. She knows all about slots and has extensive knowledge of the most popular table games. His golden retriever Garry occupies most of his leisure time. However, when she can, she enjoys reading Jim Thompson-style detective novels.

Disclaimer: Play Responsibly. Players must be over 18 years old. For help, visit https://www.gamcare.org.uk/.

Independent journalism costs money. Support Times of Malta for the price of a coffee.