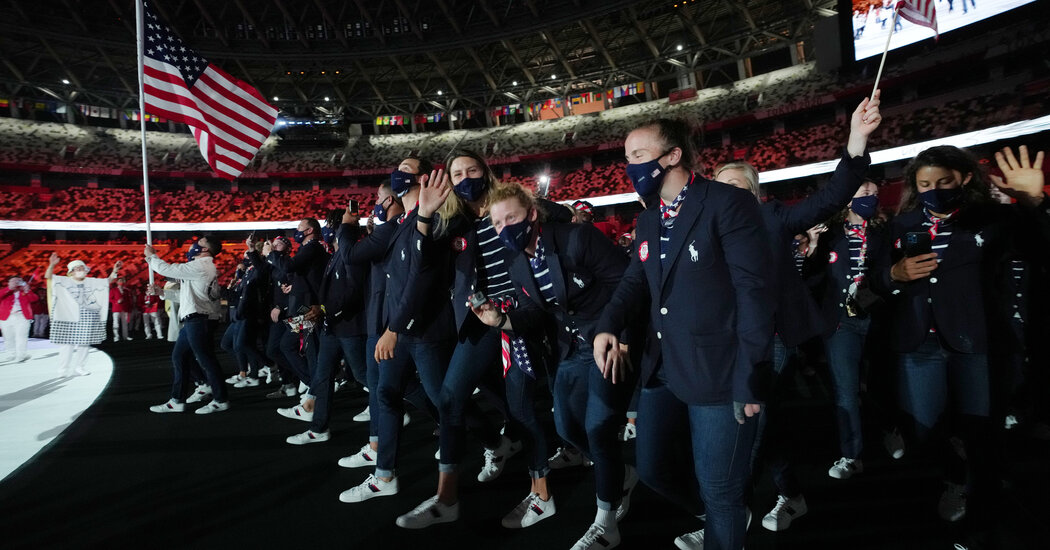 For NBC, the Olympics are a streaming experience

The Olympics almost seem like they were made for the streaming age.

In the not so distant past, only a few dozen hours of each Olympic Games were broadcast on television. Cable channels made it possible to see more sports, but even in the 2000s Olympic broadcasts consisted primarily of athletics, gymnastics, swimming, and a handful of other events.

It wasn’t until the 2008 Olympics in Beijing that NBCUniversal began streaming thousands of hours of games online, solving a long-standing space issue by broadcasting the competition across multiple platforms.

During the Tokyo Games, NBCUniversal announces that it will broadcast 7,000 hours of Olympic coverage on two broadcast networks, six cable channels and several online and streaming platforms, in two different languages. (Understanding where to watch specific events – good luck with the official broadcast schedule – practically requires a graduate degree.)

The challenge of finding the right niches for programming has shaped the history of sports on television. That’s why only the biggest regular season games of the NBA, MLB and NHL are broadcast on national channels, while the vast majority of games are broadcast on local channels. That’s why ESPN operates nine – that’s right, nine – separate TV channels. Until a few years ago, there simply wasn’t enough room for all the sports that are featured at any given time, and the Olympics condensed this year-round problem into three weeks.

Through streaming, broadcasters can offer an infinite number of “channels”, with viewers limited only by the speed of their Internet connections. However, while streaming the Olympics can be a boon for an archery or badminton fan, who can now watch these competitions in their entirety, making it work for NBCUniversal is a much more difficult proposition.

NBCUniversal is doing the same dance all broadcasters are doing these days. Sports leagues and organizations want their competitions to be broadcast to the widest possible audience, that is, on broadcast channels such as NBC, CBS and ABC. If the leagues can’t make it to the broadcast, they’ll be okay with being seen on cable channels like NBC Sports Network and ESPN, which aren’t available in as many homes as the broadcast channels. Generally speaking, streaming services like ESPN + and NBCUniversal’s Peacock are the last choice for those who run games.

This puts media companies like NBCUniversal in an interesting position. They know streaming is their future, but nearly all streaming services still lose money every year – and some lose hundreds of millions of dollars every year. So how can they prepare for the future while making money in the present?

For NBCUniversal, which has paid around $ 12 billion for television rights to 10 Olympic Games in the United States through 2032, the Tokyo Games are a glorious opportunity to promote the year-old Peacock streaming service. .

“Their hope for Peacock is that the Olympics will get people to at least take a test drive, and if they’re lucky, that will make some customers a habit of coming back for episodes of ‘Saturday Night Live’ and all the other content they have, ”said Craig Moffett, media analyst.

But sports are not ideal for streaming services because they have almost no replay value. Very few people want to watch a game again, or catch it the next day if they already know the result. Scripted shows like “Friends” and “The Office” are still of immense value years after they come off the air. Sports programming does not.

It is also much easier to cancel a streaming service than a pay TV package, so the turnover among customers is higher. Sports fans are almost enticed to sign up for a service, often through a free trial, to watch the game or event that interests them, and then opt out.

The conventional strategy then is to make sure that the fans have to stay subscribed. It’s no coincidence that ESPN launched ESPN + largely on the back of the Ultimate Fighting Championship. Huge pay-per-view fights on ESPN + see millions of customers walk through the door, and the dozens of other UFC events throughout the year keep them subscribed to the service, which is necessary if you want to see them. bigger.

The Olympics cannot work that way. They flood sports viewers for three weeks, then go away for two years. They might be able to get tens of millions of glances at Peacock, but they won’t be the ones who will keep them in service after the closing ceremony on August 8.

Essentials of the Summer Olympics

NBCUniversal offers many shows on Peacock’s ad-supported free tier. He’s built all kinds of Olympic scoreboards in Peacock where you can watch highlights, reruns, live coverage and medal charts. But very little will be exclusive to the service.

In the vast landscape of streaming, Peacock is currently losing out among its competition.

As of March, Peacock had 42 million “registrations,” but only 14 million of those people watched regularly. NBCUniversal did not say how much advertising revenue it earns or how many paid subscribers it has. According to a report by The Information in February, Peacock only had millions of single-digit subscribers.

It’s hard to imagine the Olympics changing that. “The vast majority of Olympic Games programming on Peacock will be available for free and is funded by advertising,” said Matthew Strauss, head of Peacock last month.

They put live matches involving the United States men’s basketball team on Peacock’s premium level. But those games will also be delayed on NBC. “For Peacock, we thought it was an interesting learning opportunity,” Strauss said.

What NBCUniversal doesn’t need to learn, however, is that the Games are an advertising boon, which perhaps explains better than anything else why the Olympics may not be a game-changer in streaming.

NBCUniversal said it has already surpassed the $ 1.2 billion in advertising revenue it earned at the Rio Games five years ago. These games made a profit of $ 250 million, mostly thanks to advertisers who wanted their ads to appear in front of the 25 million people who watched NBC every night.

Putting some of the biggest events exclusively on Peacock – if that’s even a possibility given the contract between NBCUniversal and the International Olympic Committee – would mean less ad revenue, but possibly more subscriber revenue. Either way, NBCUniversal will learn and their decisions will affect how we watch future Olympics.